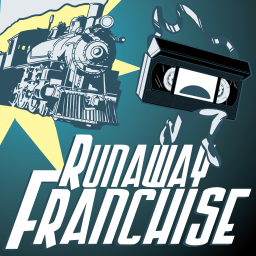 This week, Ed is lost in his kitchen…so Dom and Tom didn’t want to step in the ring with Rocky Franchise just yet so they gave 2013-2015’s Hannibal television show a watch! Dom went in expecting to hate anything Anthony Hopkins wasn’t in and Tom messes up what work Mads Mikkelsen has done…Find out where the television show lands in their rankings of the Hannibal Franchise!

Tom reluctantly fills in Ed’s role of reading any emails, this week’s being exceptionally chilling!

The boyz, in this mental torture podcast, were forced to watch 2007’s Hannibal Rising. This week Ed attacks movie theater recliner seats, Tom blasts generous Google users and being unable to rent this horrifically terrible movie, and Dom is the only one that absorbed anything that happened in this movie. Do yourself a favor if you never seen this movie…just listen to this podcast…don’t watch this movie…

Ed, as contractually obligated, reads a possible Nigerian scam from possibly Nigeria and also reads an impressive Leagues to Deep Blue Sea, but does it knock J from the top of the deepest Leagues Hall of Fame?

The Runaway Franchise Boyz take on the tiger dick grabbing Red Dragon from 2002! Dom shows his class with how he uses a roast beef sandwich, Ed finally figured out what his doctor was doing with a steak knife, and Tom keeps talking about a movie call Manhunter and, to Dom’s frustration, Boogie Nights…Did this prequel impress the boyz? Do they fall in love with a serial killer’s romance story? Does it make them hungry for more? Or would they rather eat this movie to get rid of it?

This week Ed reads Leagues to Deep Blue Sea! One he attempts to read in one breath and the other an impressive graphic was made! Check it out, Red_Dragon_Leagues_to_DBS!

And Ed starts a Leagues Hall of Fame on the podcast sheets!

The “silence has been broken” as the Runaway Boizzzz snore through 2001’s Hannibal! Dom keeps talking about bushes for some reason, Ed would go below the wrist to keep a watch on his arm and Tom inspects the inspector’s suspect amount of screen time…Listen up and find out about the boizzzz love for a tri-wheeled dolly…

Ed, as his contract obligates, reads emails, one hostile, one from a familiar but disturbing voice, and one being from a famous ghost?

And to match it go over to CHUDREPORT and pick up Tom’s Silent Lamb pin!

The Runaway Boyz crack open the case file on the Hannibal Lecter Franchise, starting with 1991’s Silence of the Lambs. Dom blows Ed’s mind about a miss quoted line and Tom reveals his fears and shares a spooky story. BUT, does this critically acclaimed, Academy Award cannibalizing juggernaut satisfy the Runaway Boyz appetite? Join them for the appetizer to this 4-course franchise…

The boyz read 2 emails! One of them calls the Runaway Boyz out for not ranking last year’s franchises in their last episode! …Once again creating heated tension against Ed’s evaluation…

Also, in the ever growing segment, Tom and Ed reads the fans LEAGUES TO DEEP BLUE SEA!

They also ask fans, would YOU eat a person?

They made it to 52 episodes! That means the Runaway Boyz have been suffering through movie franchises for a full year! They review the highs and lows in what Tom dubs the Bozcars (based on one of Ed’s nicknames). Dom gives the categories and it starts off hot as Ed reveals a hurtful revelation of what he thinks is the Worst Franchise is.

The Runaway Boyz talk about their favorite moments recording the podcast. Another email is read from a familiar sender. And Tom reveals the Leagues to Deep Blue Sea from Runaway Franchise Podcast!

The Runaway Franchise Bots finally wrap-up the time traveling, Sci-Fi, action, thriller Terminator with 2015’s Terminator Genisys! There must have been a change in the timeline as the critical panning this movie took in 2015 didn’t line up with the assessment of the Runaway Bots of 2018. Join the Bots to find out why this movie isn’t perfect but not obsolete!

Dom and Ed get a mysterious warning from a possibly time traveling listener.

See a reason why the world deserves to be overthrown by the machines, https://nypost.com/2017/09/27/sex-robot-heavily-soiled-by-barbarians-at-tech-fair/

And check out some of our listeners submitted LEAGUES TO DEEP BLUE SEA!

Runaway Franchise: the podcast about movie franchises
Blog at WordPress.com.